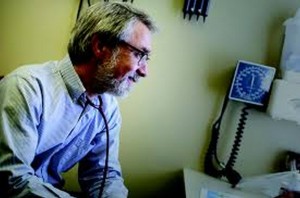 Maple City Health Care Center (MCHCC), under the leadership of Dr. James Nelson Gingerich, hopes to drastically decrease that number. Gingerich has laid the structure, been given the support, and now provided the space, so chances are those hopes will become a reality. 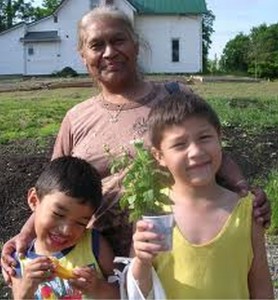 The Structure
Gingerich courageously broke the mold on how primary care is provided in a system that’s arguably quite broken. By combining his knowledge of health care with a spirit of service to the underprivileged, the doctor has designed a system that has been in place since the doors to the Maple City Health Care Center opened in 1989.

The structure has a two-pronged goal of providing health care to those who can’t afford it while also focusing on creating a stronger sense of community.

Health care costs at the clinic are paid in one of three ways: 1) a sliding scale, based on a patient’s income; 2) charges to insurance companies, and 3) a patient contributing time and skills to the community. 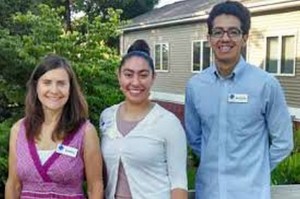 MCHCC also breaks the mold when it comes to identifying people for the board and staff. In a 2012 Elkhart Truth article, Gingerich explained patients often fill positions within the organization. “When looking to fill a hole, they ask the staff, ‘Who is there among our patients that sort of lives out our values and would be a good fit here?’”

This approach to staffing led the Robert Wood Johnson Foundation to choose Maple City Health as one of 30 exemplary practices in 2012.

The Support
Not only has Maple City Health Care been recognized at the national level with the Johnson award, its efforts have been so successful locally that many others support the center. The IU Health Goshen Foundation has provided resources, as has The Elkhart County Community Foundation and other donors. The City of Goshen has been generous as well, as has IU Health Goshen Hospital.

Another support system is the care providers themselves. Maple City’s health care model is embraced by the professionals who work at MCHCC’s two sites, as they function within patient care teams. 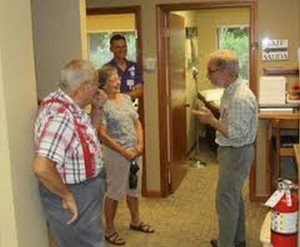 A patient care team is composed of a physician, a nurse practitioner, a behavioral health provider, a nurse educator/health coach, and others who together provide integrated health care for a patient.

The model is astoundingly pragmatic, affordable, and so efficacious that it seems to be changing how people are thinking about care, said Gingerich in an Elkhart Truth article.

“There’s an increasing focus on prevention and health care promotion in the community and keeping people healthier and keeping them out of the hospital,” Gingerich said.

“We’re about more than medical care in a narrow sense…. We’re about how we foster a healthier community where people live together and value each other across socioeconomic and sociocultural barriers.”

The Space
Caring for upwards of 10,000 patients is a monumental task that requires sufficient physical space where efficiencies can increase along with the level of care being offered. Space for Maple City Health Care has been provided by those who support the clinic’s vision.

In 1989 the city of Goshen leased the MCHCC’s first building to them; more recently, IU Health Goshen purchased a town historical mansion and leased it to Maple City Health Care to offer a second clinic location. Also, a federal grant has been awarded to the center to help cover the cost for an expansion at the original location.

Both locations provide the space for co-located teams. “In other words,” said Don Yost, MCHCC’s story teller, “we are creating space where each of our two patient care teams can work together in the same space.” 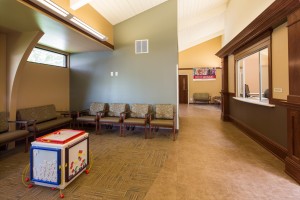 “Having the teams at one location is an amazing and exciting model of care anyone in the community would envy,” said Yost. “What’s going to be even more satisfying about this is that we are serving people who struggle with language and a lack of insurance.”

Shining the Light
For at least 26 years now, Maple City Health Care has been working diligently to create a successful, functioning, out-of-the-ordinary system, and their efforts are to be applauded at so many levels. 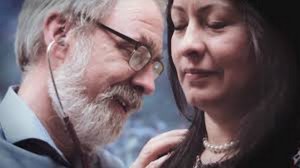 At its most basic level, the team, with servants’ hearts, is being successful in its provision of health care for low-income, primarily Latino families while eschewing bureaucratic red tape. The clinic is also working hard to foster a greater sense of community among those with whom they are in contact.

At the local level, hospitals, local governments, and other agencies support Maple City Health Care and praise their efforts, both in infrastructure and in funding.

At the national level, the center is being recognized for all it does to make health care perform beautifully for those it is serving.

For all that Gingerich and his team do at all those levels, Maple City Health Care is a shining light of hope for so many, and we say, “Shine on.”